Dubai is a city that lives by the motto the bigger the better and is no stranger to world record breaking feats. From architecture to tourist attractions – the city shows no signs of slowing down. The long-awaited Ain Dubai will be a world first, when it begins spinning as the world’s tallest observation wheel, at more than 200 metres high. Unusual Rigging and Engineering LLC was brought on board to install each of the 48 capsules that will give passengers spectacular 360 degree views of Dubai's most exceptional landmarks.

Unusual Project Manager Alex Taylor explained: "We began the project back in August with the installation of the first pod. Ahead of this however we spent time installing the lifting frames and winches and carrying out load tests. Working together with POMA,  we devised an effective method of installing these giant capsules."

This method involved a truck driving into a precise location at the bottom of the wheel,where part of the boarding area ceiling had been left open for the lifting and installation process.  Four x 10 tonne friction winches, which were then double reeved to give even more capacity and control, were attached to the lifting eyes on the capsule before being lifted up to its correct location.

Alex continued: "Each capsule weighs 27 tonnes – the six VIP capsules weigh in at 27.8 tonnes. There are four locking pins that the capsule sits on and because of the unique shape of the capsule, the challenge was trying each pod into the frame of the wheel, ensuring each one was lined up with extreme precision. We're talking about working with just millimetres of gap, in the heat of the August sunshine – and that's no mean feat!"

In a year that has seen the COVID-19 pandemic throw projects into disarray, the Unusual team – along with a team from POMA and Hyundai adhered to strict COVID guidelines to see the project delivered successfully. Alex added: "We had a pre-rig team which set up in the morning, then an installation team would come on site, and following that a team which carried out final cabling and wiring of the capsules.Keeping in our bubbles, adhering to all health and safety precautions and carrying out temperature checks on all team members, meant that we could continue to work effectively to get the job done. We installed the final capsule in the first week of November and are extremely proud to have been involved with such a prestigious project that is sure to become one of the UAE's most recognisable landmarks as well as a popular tourist attraction." 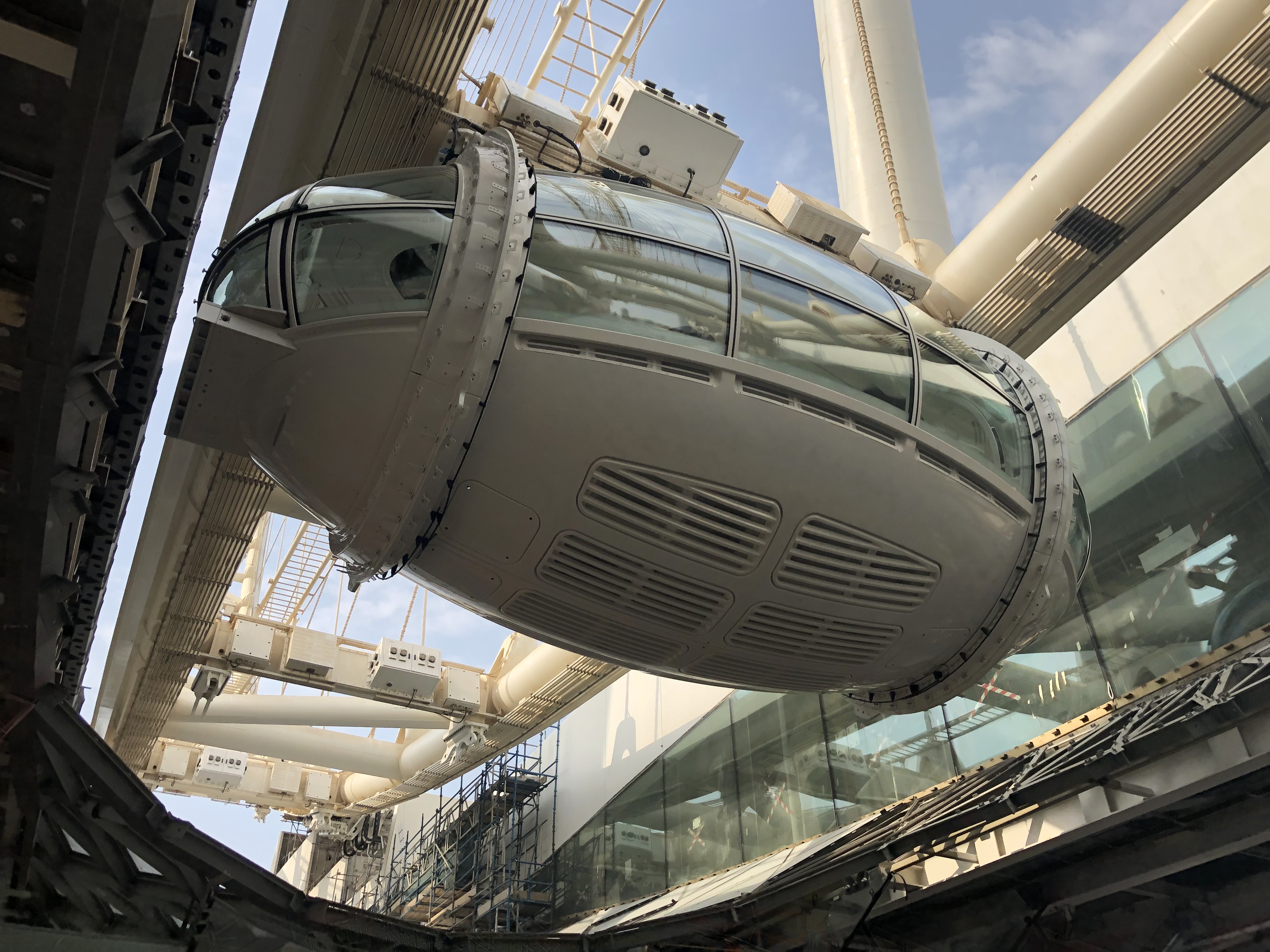